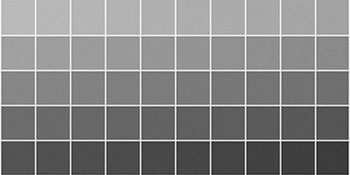 So much has already been written about E.L. James’ Fifty Shades of Grey & its sequels that you (even you, women) may never have to read it, even on your Kindle.

In line with its usual customer-care gendercentric is providing a review of the reviews and a few pointers as to how to talk interestingly about it without ever having read it.
Perhaps the first point to note is that the book properly belongs in the domain of ‘fan fiction’ or ‘fanfic’, that is to say an internet space where fans of a particular genre or production…in this case the Twilight franchise…themselves write, circulate and critique new works starring the characters from their fave fictional universe. Twilight…starring Robert Pattinson…. targets pre- and early teens and this would perhaps account for the youth of the hero, billionaire captain of industry, Christian Grey (27) as well as of the virgin heroine, Anastasia Steele(21); and the latter’s breathless and unsophisticated style. A typical Anastasia comment is ‘holy cow’ and ‘jeez this is hot’. Christian, who has good hair, has a ‘direct line to Anastasia’s hidden goddess’.
The fan fiction origins may also explain the trilogy’s taking off in such a dramatic way after publication as there was already a broad fan base which had bought in to, and contributed to this soft porn saga, though it appeals also to older women (‘mummy porn’?). http://www.condenaststore.com/-sp/Put-down-that-sad-soft-porn-for-middle-aged-women-and-come-to-bed-New-Yorker-Cartoon-Prints_i9080566_.htm
A second point to note is that anyone expecting heavy sado-masochistic action will be sadly disappointed, in fact Anastasia’s prudish attitude to spanking could be regarded by any member of the S&M community as offensive even discriminatory. With the possible exception of a couple of scenes this is all about candles, bubble-baths and product placement (Audi, Black Amex, Calvin Kleins, Converse, Pinot Grigio , Ray-Bans) Christian’s life mission ‘is to spoil you ,Mrs Grey. And keep you safe because I love you’. Hardly the Marquis de Sade.
Thirdly, in terms of treatment and subject matter this piece of ‘fanfic’ has more in common with ‘bonk busters’ produced by Jackie Collins or Jilly Cooper than with the ur-texts of Chick Lit such as Bridget Jones’s Diary https://www.gendercentric.org/sex-a-gender/communicating-gender/chic-lit .Although also written from the heroine’s perspective this heroine has no sense of humour and it seems unlikely that Colin Firth – despite his good hair- will be starring in the movie of the book.
For more views and reviews both negative and positive please visit: http://www.lrb.co.uk/v34/n14/andrew-ohagan/travelling-southwards http://www.newstatesman.com/blogs/culture/2012/07/stop-being-mean-fifty-shades-grey