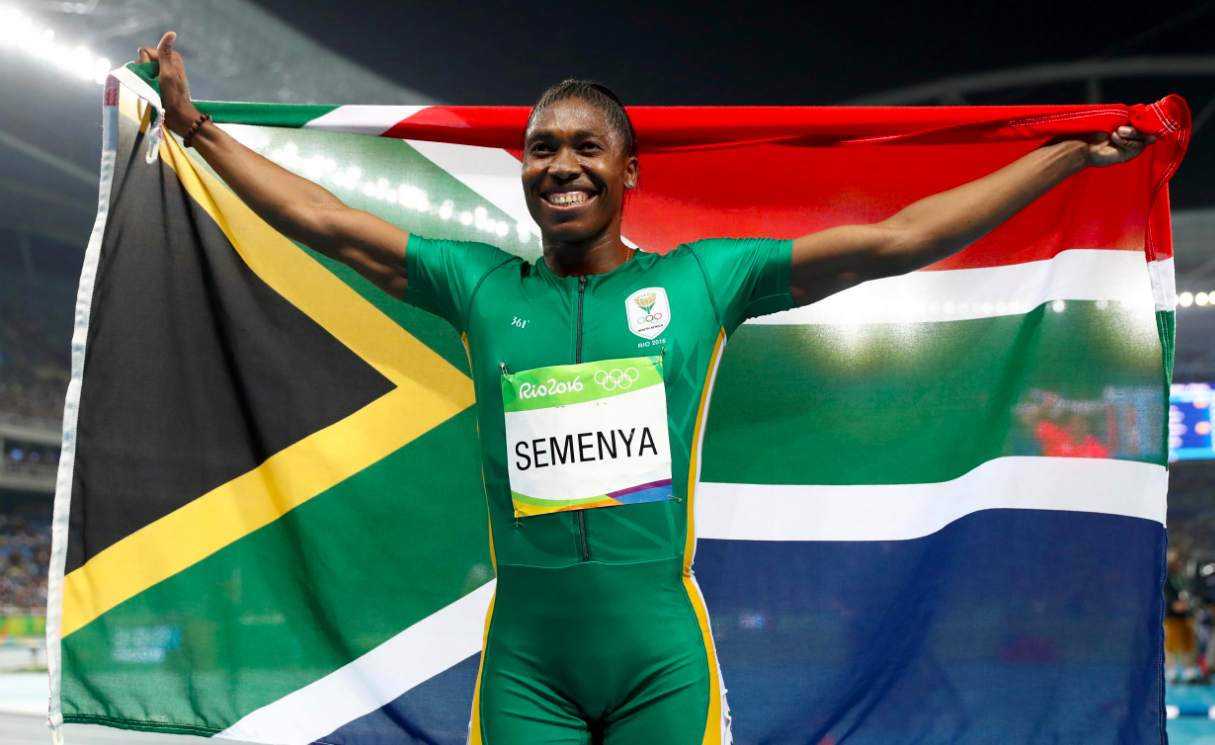 South African athlete, Caster Semenya, won the 800 meters at the 2009 Athletics World Championships in spectacular time, and immediately fell foul of the “gender” police at International Association of Athletics Federations (IAAF). After testing, not in fact for gender identity, but for “biological variables” they pronounced, with their usual finesse and sensitivity, that “She is a woman but maybe not 100%”. This was perhaps the first such incident to receive wide public notice.

• In fact the IAAF and the International Olympics Committee (IOC) have long been preoccupied with the “correct” gender categorization of women athletes. In the 1960’s female athletes were made to parade nude in front of physicians to verify the presence of appropriate genitalia, and other external sex characteristics. It was later recognized that this was not enough to detect any chromosomal intersex condition e.g. someone with XY chromosomes but female genitalia. It seems that any male “deviance” has yet to attract their attention.

• Ever fearless in pursuit of the truth then, the IOC began testing female athletes for chromosomal makeup, and later further refined their search by testing for testosterone levels. In 2002 the Athlete Biological Passport was established for each athlete to monitor “biological variables” for suspected physiological manipulation. In 2011 following the Second World Conference on the Hormonal and Genetic Basis of Sexual Differentiation Disorders, the IOC issued its policy in the form of the IOC Regulations on Female Hyperandrogenism.

• The track and field federation (IAAF), who have been most diligent in pursuit of “fairness and integrity” in their events, followed with their own regulations Governing the Eligibility of Females with Hyperandrogenism to Compete in Women’s Competition. Application of this Regulation would enable them to root out “deviant” female athletes with higher testosterone levels, presumed to give them an unfair advantage over other women competitors. Any woman who had “functional androgen levels that are in the male range” would be barred from competing.

• Athletes suspected of the “disorder” were tested at approved reference centres (Australia, Brazil, France, Japan, Sweden and the US). Where the disorder was confirmed doctors might prescribe treatment to “normalize” androgen levels, or even surgery such as “feminizing vaginoplasty” if the athlete concerned wished to continue to compete as a woman.

• In 2015 after one deselected Indian athlete refused medical intervention, and took her case to the Court of Arbitration the belated conclusion was reached that “There is presently insufficient evidence about the degree of the advantage that androgen-sensitive hyperandrogenic females enjoy over non-hyperandrogenic females”. Other independent scientists have long insisted that higher levels of testosterone alone do not produce better results for men or women, and that in any case it is hard to define what is normal as levels vary among people, and within individuals, according to the time of day and what they are doing. This is of course disputed by some athletes and experts who (still) consider testosterone levels as an infallible indicator of performance.

• This year the IOC has taken a great leap forward by allowing people who self-identify as women, including those who have not physically transitioned, to participate as women. The contestants must however have kept their testosterone levels below 10 nanomoles per litre for a year. The “normal” level for women is under three nanomoles per litre.

• The fact that the IAAF and the IOC are only interested in testing female athletes has not escaped notice. Men’s abnormal androgen levels, or genitalia have not been a cause for concern. Athleticism and femaleness have often been considered antithetical by the sporting patriarchs; outstanding women athletes cannot be “real” women.The primary targets for testing were women considered farthest from Western ideals of femininity; African, Chinese, Russian and Eastern-European women, for example, have been disproportionately selected for de-selection.

• And, strange to relate, IAAF and IOC officials have never yet discovered a man posing as a woman in order to compete.

• Is there a case yet for forgetting sex and organizing competitive events according to athletes’ record and performance level regardless of gender, (or (dis)ability, or race)? Probably not yet. Although, since male tennis stars have speculated that Serena Williams should at best feature amongst the top 600 male tennis players (and should also be paid less than males) perhaps it would not make much difference?

• The last word should go to Caster Semenya’s mother -“they can’t complain about her gender after she won”. Caster continues to compete as a woman and sometimes, but not always, wins.

P.S. Anyone who thinks determination of gender should be an easy process might like to visit www.hhmi.org/biointeractive/gendertest/gendertest.html or other similar interactive sites and see how s/he gets on!
{Extract from a forthcoming publication “Ape in the Balance” by Jane Hailé)