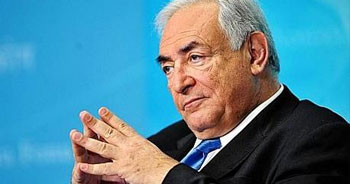 The European Women’s Lobby (EWL) which is spearheading this renewed initiative (http://www.womenlobby.org/spip.php?article4084&lang=en) takes as inspiration going forward the ‘Swedish model’.

The 1999 Swedish law on violence against women qualified prostitution as a form of male violence against women and attacked the demand side of this relationship by criminalizing the purchase of sex through the ‘sex purchase’ law, whilst the sale of sexual services is legal. The Swedish Women’s Lobby and the EWL have proposed the extension of the Swedish sex -purchase law to apply to Swedish citizens/residents abroad (following the Norwegian model) to convey ‘to all Swedish prostitute –users that they can’t buy sex wherever they are on the planet’.

It will be interesting to see how such legislation would play out with – for example – the Bangkok police force. In Thailand, it should come as no surprise, it is illegal to sell sex. This provides law enforcers with a nice line in protection income; perhaps new European legislation along the lines proposed above could prove very lucrative for the police in Thailand and similar tourist destinations if they can also extract ‘protection’ from the illegal ‘prostitute-users’ ?

This EU initiative raises a number of other questions:

Is there any society in world history where prostitution has not existed?

History seems to suggest that in all societies at all times there has always been a demand for paid-for non-contractual sexual services; and therefore always a supply. Nature, direction and volume of demand and supply may shift but it is always there. It is not surprising for example that the already flourishing Thai sex-service industry received a boost from the US government’s selection of Thailand and Bangkok in particular as a Rest & Recreation (R&R) destination during the Vietnam war.

Smaller social forces are also at work; one of the sex-workers interviewed in her camper van in the Bois de Boulogne named fathers of new babies as stereotypical clients.

With the term ‘prostitution’ literal easily elides into figurative: many relationships which are not regarded as prostitution feature sexual and material exchange, such as arranged marriages or indeed many other perfectly ordinary marriages. (Perhaps we won’t deconstruct the Charles/Diana/Camilla triangle quite yet). And it is not uncommon for anyone especially in hard times to put material gain ahead of (some) values; an act which is often referred to is prostitution though sex is not involved.

Is making something criminal the same as abolishing it?

Countries have struggled with what and whom to criminalize but no amount of criminalization has resulted in abolition. Criminalizing prostitution (buyer and/or seller) simply drives it under ground which makes conditions less safe and only benefits intermediaries such as pimps, traffickers and people charging for ‘protection’ against the law.

In France which has been prominent in the current round of debates.

It is currently not a crime to provide or pay for sex though the range of activities surrounding that exchange are regarded as criminal – pimping, human trafficking, soliciting in public, buying sex from a minor etc. In France … unlike in, conveniently across the border, Spain…. brothels are outlawed. In France selling sex inside a vehicle is beyond the reach of the prostitution law, but does risk a parking ticket.

Abolition of prostitution as an aspiration appears to confound historical and common sense and would at a minimum require understanding and addressing root causes in any given country situation, rather than simple application of legal sticking plaster. Attempts to abolish drugs and alcohol do not provide encouraging models.

Does it make senses to equate prostitution with violence against women?

Gendercentric does not believe it is useful to consider prostitution itself as violence against women, though of course violence may be involved through trafficking, or in the encounter itself. Arguably if prostitution is driven underground by being ‘abolished’ it may be harder to bring perpetrators of violence to justice.

Labelling prostitution as ‘violence against women’ ignores the fact that not all prostitutes are women, and not all clients, pimps and traffickers are men. Violence against women is usually regarded as an expression of imbalance of power. Although the majority of sex-workers probably come from sections of society who are marginalized for some combination of gender, political, economic, ethnic and age reasons some service-providers may also see prostitution as a preferred career choice for a longer or shorter period with ‘No pimp, no boss’ as their motto. http://www.guardian.co.uk/society/2012/sep/24/prostitution-france-hottest-social-issue?newsfeed=trueThe highly educated and expensive call-girls catering to expensive clients much covered in the media are one example of sex-workers on a chosen career track.

Several sex-workers interviewed have called for the authorities to focus on ‘real’ abuses such as trafficking, and sex with minors and to leave legitimate workers to get on with their jobs.

Is it possible to talk about prostitution without moral and religious attitudes creeping in?

Evidence suggests that moralizing and/or idealizing are both hard to resist. Sympathy amongst thinking people these days is squarely with the sex-workers. The great novelist Charles Dickens was an early reformer of social attitudes towards ‘fallen women’ http://www.guardian.co.uk/books/2008/dec/20/charles-dickens-fallen-women-review .

Some of the most sensible words on this issue come from prostitutes themselves from whom we usually hear too little. French sex workers are accusing their government of ‘moralistic paternalism’ saying that they are using this abolition crusade to distance themselves from their former presidential hopeful Dominique Strauss-Kahn ,currently on trial for pimping and sexual violence.

Normally of course we hear very little from the ‘perps’ with the exception indeed of DSK who has defended himself against the charges made, saying that it is very difficult at his soirées to tell who is a sex-worker and who isn’t when the women don’t have any clothes on. He could be making a larger philosophical point relative to the need to ‘normalize’ prostitution, but probably not.

Are there interesting questions which need to be asked in a more scientific and less anecdotal way in order to take a rational position on prostitution and improve the situation?

As noted earlier we need to hear much more from individuals on both the supply and demand sides of this relationship.

And on a macro level it should be possible to produce some data for different countries as to how the incidence of prostitution and the demographics (age, gender, nationality, ethnicity) of clients and customers change with: global economic crises including the crisis of the € ; change in (im)migration and cross-border trade; enhanced ease of divorce and decline of marriage as an institution ; massive increase in university fees etc.

Of course, the impact on prostitution of observable changes in the gender balance would be an interesting topic for investigation? Will the prophesied ‘End of Men’ http://www.guardian.co.uk/books/2012/sep/30/hanna-rosin-end-men-extract result in increased ‘resort’ to paid-for sex by both the (humbled) men, and their (high flying) wives, or just an increase in the numbers of male sex workers? The jury is out.

Don’t say: that Charles Dickens, he knew how to treat a lady
Do say: it’s a trade like any other & should be treated accordingly.

See also: http://www.youtube.com/watch?v=fChMENeZqoo for the views of Cambodian sex-workers