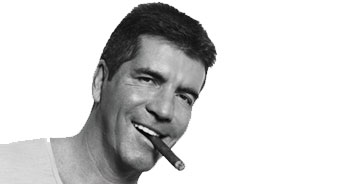 Does the phrase ‘Having It All!’ now deserve to be purged from public discourse – along with other speech crimes such as ‘an emotional roller coaster’, and ‘at the end of the day’?

And was such a hubristic expression ever the rallying call for feminism as seems to be implied by the debate provoked by Anne-Marie Slaughter’s splash in Atlantic magazine 01 July 2012.

http://www.theatlantic.com/magazine/ where she shares her heartbreaking decision ‘as I sipped champagne, greeted foreign dignitaries and mingled’ to leave a top job as ‘first women director of planning at the State Department’ for a return to Princeton University (‘after two years of leave you lose your tenure’) in order to spend more time with her children ages 12 and 14 for whom her husband has been doing the ‘lion’s share’ of care.

We don’t know whether Mr. Slaughter felt that he ‘Had it All’. He is one of the few people we may not have heard from, along with Ms. Hillary Clinton, A-MS’s erstwhile boss, who was deemed to be very understanding. It has been very hard to source a photo of them together.
Ms Slaughter has received an enormous volume of comments on her article one of which has now convinced her that the phrase ‘Having It All’ makes women who use it sound ‘piggy’ and elitist. ‘Piggy’?

And there have been more trenchant criticism. The Women’s Media Centre for example in an article entitled ‘Having It All? – the Wrong Question for Most Women’ http://www.womensmediacenter.com counters with the thought that the majority of working mothers in the US are more worried about ‘losing it all’ because of the regular conflicts that arise between being a good employee and a responsible parent if they are less than Superwomen.

At the risk of stating the obvious- work-life balance cannot be achieved by any one individual alone either man or woman. At the level of a domestic relationship clearly the division of labour between career and child care has to be negotiated and a decision or truce arrived at, and renegotiated from time to time according to career and reproductive patterns. Some women’s/men’s idea of having it all may actually be to dedicate their life to their families and have their material needs taken care of by their spouse in the monetary economy. And that is fine if the both agree pace Cherie Blair/Booth QC who at Fortune magazine’s Most Powerful Women Event has criticized ‘career- shunning Yummy Mummies’ who seek rich husbands and put children before career as setting a bad example. Ms Blair/Booth noted wittily that even a good man could have an accident or die and leave you holding the baby.

So there we are again, poor old women, not only having to do and have it all but also to ‘set an example’. Does anyone ask this of men……Bob Diamond, Alan Sugar, Simon Cowell ?
But – and again at the risk of stating the obvious- rearing the next generation is the responsibility of the larger society. Governments need to establish a regime of appropriate parental leave, and a tax system which ensures that entitlement to parental leave is not used as a reason not to hire women or men.

The current debate on maternity and paternity leave in the UK is set apparently to run and run. The proposal has been made that after 18 weeks of maternity leave it would become parental leave to be taken by either parent .This is supported by the Fatherhood Institute but opposed by many women’s organizations like the Fawcett Society who want 26 weeks ‘of ring-fenced paid maternity leave’ before men muscle in. (See http://www.guardian.co.uk/commentisfree/2012/jun/13/cutting-maternity-leave-britains-parents Are we seeing a re-think of ‘Having it All’ after all?

Underlying much of this debate seems to be a sub-text which reads that, taking care of the little blighters is best avoided if a more interesting financial opportunity occurs. Perhaps as we are ‘thinking outside the box’ (another phrase due for demolition) ‘care work’ not only for children, but for the sick and the elderly, could be valued so that it was not the option that no-one wanted to take. Can someone do for ‘care’ what Jamie, Gordon, Nigella and others have done for ‘cooking’?

Could Selma James,founder of the International Wages for Housework Campaign have the answershttp://www.guardian.co.uk/profile/selma-james

However everything is about something else and gendercentric finds it hard to believe that Ms. Slaughter and those who publish her really think that her complaining about her not too uncomfortable lot really constitutes a contribution to feminist thinking.

Is this focus on ‘feminism’ part of an inept Bigger Plot aimed at distracting us from the Economy, or the Middle East; gender issues have often been used as a distraction from ‘harder’ agendas though this may actually be the hardest agenda of all?

Or – and giving the last word to Ms Slaughter in this election year – maybe this was her real message: ‘The best hope for improving the lot of all women—is to close the leadership gap: to elect a woman president and 50 women senators; to ensure that women are equally represented in the ranks of corporate executives and judicial leaders. Only when women wield power in sufficient numbers will we create a society that genuinely works for all women. That will be a society that works for everyone’.

Maybe she forgot already that it was Hillary who kept her at the office for 16 hours a day!