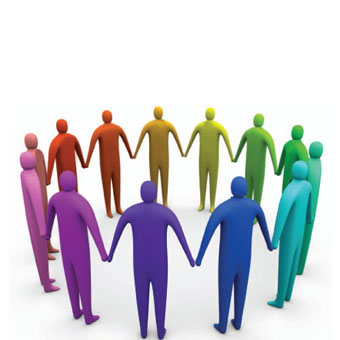 Interestingly enough this comes at the same time as the European Commission postponed its own proposal that would oblige companies to allot 40% of their board seats to women by 2020. http://awid.org/News-Analysis/Women-s-Rights-in-the-News2/EU-parliament-vetoes-Mersch-wants-woman-for-ECB

ECB ‘s 23-member governing council is made up of six executive board members and 17 national central bank chiefs of euro zone states , all of whom are men. The next board vacancy if Mersch is eventually appointed will be in 2018.

Without full understanding of the ECB selection process one might tentatively suggest that perhaps there could have been an earlier European Parliament reaction to the all male short-lists submitted by member states? It is hard to imagine…with a woman now as head of the IMF…that there are no other women working in this field who could at least have made a short-list?

The issue of quotas generates a lot of heat with only the very bold daring to support this apparently shocking mechanism. Without wishing to appear pedantic or naïve gendercentric would just like to point out that any of the 187 countries which has ratified the Convention on the Elimination of All Forms of Discrimination against Women http://www2.ohchr.org/english/bodies/cedaw/index.htm (and only the USA, Sudan, Somalia, Iran, Palau & Tonga have not) has already signed up to the principle of establishing quotas aka one of the ‘temporary special measures aimed at accelerating de facto equality between men and women which shall not be considered discrimination as defined in the present Convention……these measures shall be discontinued when the objectives of equality of opportunity and treatment have been achieved’(Article 4).

It is widely recognized that left to themselves people will choose people like themselves with whom they feel most comfortable doing business. The argument for quotas relates to the need for balanced representation in the decision-making and selection process. Most top tables are composed of individuals of varying merit who have also been assisted by some other factors; a hand reaching down to haul them up or a boost from the bottom .
Both women and men oppose quotas in the apparent belief that selection processes are neutral and unbiased with regards to gender (and other bases for discrimination) and that merit will always be rewarded and seen to be so.

http://www.todayonline.com/Business/EDC121108-0000103/Boardroom-gender-quotas-are-dangerous,-says-Burberry-boss
Enemies of quotas insist that it is patronizing to think that women cannot make it on ‘merit’ alone and therefore need ‘help’. This position is frequently expressed by women who would claim to have made it on merit alone though closer examination of their biographies suggests that it is merit +++ as with their male colleagues.

In political life also it is clear that if women don’t vote for or seek votes from other women then they have to rely on additional means to boost their inherent merit: support from powerful men (Margaret Thatcher), marital or family connections, Gandhi, Banda, Bhutto, Clinton. Only Gillard seems to have been a serious plotter! Then of course some male leaders have also had help from family and friends; Bush, Gandhi, Mr Bhutto (aka Asif Ali Zardari) a few Kennedys etc. etc.

The other objection to the use of gender quotas frequently expressed is that it will result in dragging up any old sub-standard rubbish as long as it’s female. Well we have seen already that a lot of substandard rubbish can appear on top tables without the imposition of quotas so let’s at least have a broader range and variety of rubbish before discrediting the mechanism.

It is important not to underestimate the insidious power of stereotyping which buttresses many of the objections to quotas from both men and women. Very few of us are free from biases which amongst other things colour our views on capability and appropriateness of candidates. A growing number of experiments show that if gender is not visible on a CV or written application the results can be very different.

Malcom Gladwell’s book ‘Blink: the power of Thinking without Thinking (2005) devotes a chapter to describing how ‘blind’ audition of musicians for some of the world’s greatest classical orchestras has resulted in many more women being admitted, and a change of mind-set as to who can play which instruments.

Sadly, women who have achieved leadership positions are still frequently shooting themselves in the foot by failing to analyze and speak up for the difficulties they experienced and to make suggestions as to how those difficulties can be addressed. The most striking recent example in the UK being Dame Helen Ghosh who allegedly complained at a public meeting about the upper class male exclusivity of the Cameron cabinet (hardly a bold or original insight) and then retracted her words when they were made more public, leaving Cameron crowing. She made the perfect case for implementation of quotas though could perhaps have made the case in a less personal fashion and then stuck by it!

Don’t say: Hillary made it all on her own
Do say: Temporary special measures may change the paradigm so that eventually a leader is just a leader; or maybe it’s time to learn how it’s done in Africa.

Why the US hasn’t signed CEDAW:

Dame Helen Ghosh shoots herself in the foot: