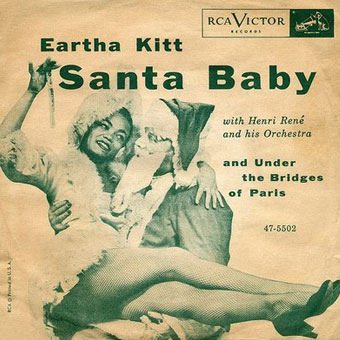 It’s that time of year again when Santa is busy stuffing his sack with gender-inappropriate…or appropriate …toys. Opinions differ on the role of toys and play in inculcating gender stereotypes at an early age; and, indeed, on whether there are really any problems with helping children get into the ‘natural’ frame of mind from the start?

It is also that time of year when assorted scientists, activists, marketers and even parents weigh in on the inevitability, or the perniciousness of thinking pink or blue. Mumsnet.com has begun a campaign to convince retailers to categorize their toys by theme and function rather than by gender http://www.mumsnet.com/Talk/womens_rights/a1627121-Let-Toys-Be-Toys-Organising-Thread-Part-2

One of the world’s greatest toy shops, Hamleys in London, has indeed removed its pink & blue labeling, and reorganized toys by ‘type’ rather than gender appropriateness, though insisting that these decisions only relate to ‘planned alterations to improve customer flow’ rather than any external pressure.

There is no clear answer as to whether or not we are hard-wired from or before birth to reach for a doll or a truck. Anecdotal evidence suggests that despite the efforts of retailers to present toys and games in a gender neutral way on the whole girls may still be reaching for ‘feminine’ toys and boys for the big guns. However the same anecdotal evidence also suggests that the adult holding the purse strings is also expressing disapproval as Jack or Jill reaches out for the ‘wrong’ toy. http://www.guardian.co.uk/lifeandstyle/2012/jul/20/harrods-toy-kingdom-boy-girl-divide

One woman from Cambridge has taken an extreme position by raising her son ‘gender neutral’ – refusing to tell him, or anyone else, the child’s gender, and referring to him only as “the infant”. “[She] was resolute and encouraged him to play with dolls to hide his masculinity”, and “the youngster is also encouraged to wear flowery tops at weekends”. This actually sounds as if the mother in question was using the gender-bias argument to masquerade the fact that she would have preferred a daughter.

Of course, parents and retailers whilst ‘key influencers’, are not the only shapers of their children. Do we know what is happening in kindergartens and nursery schools with respect to ensuring that all children get the largest possible range of toy-experience?

Perhaps in the week when the children’s comic Dandy in paper form finally bites the dust http://www.bbc.co.uk/news/uk-scotland-tayside-central-20581867 we should be asking whether toys themselves and toy-manufacturers have caught up with real life. Are the toys more stereotyped than the societies they supposedly prepare one for? Is there any reason why The Gruffalo is a boy’s toy……apparently? Do toy fire engines (if they still exist) include fire-women? Are there hospital kits showing that both doctors and nurses can both come in all genders….not to mention colours and ethnicities?

And if girls are interested in doll’s houses mightn’t they also be interested in Lego sets which build houses. It is often theorized that girls are Lego-starved and therefore miss out on developing those capacities of spatial awareness which are important to science, computing, parking cars and many other fields where males excel. Girls also spend time on computers and computer games…..but are the games all intended for the idealized ‘real’ boys… or for a range of possible interests?

On the other hand maybe children themselves are blowing away stereotypes given the chance? Surely a cookery set or a cookery book can in this era of telly chefs…many of them male… appeal to both the Jamies (Oliver) and the Nigellas (Lawson) and everyone in between? Are Harry Potter and Katniss Everdeen the only items in the stocking that cross gender lines? Maybe things are not as bad as they seem and we just don’t know?

Don’t say (with Perry Como (1951) or Michael Bublé (2003 & now):  A pair of hopalong boots and a pistol that, Is the wish of Barney and Ben Dolls that will talk and will go for a walk, Is the hope of Janice and Jen (It’s Beginning to look a lot like Christmas)
& why is Santa a man anyway?

Do say: Anecdotal evidence suggests that everyone…parents, toy makers, shops, media and marketing, kindergartens and schools…. could do better so that all children have a complete range of toys to think with. But things may not be as bad as they seem.