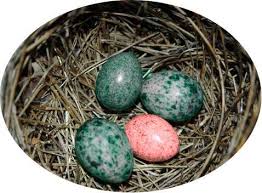 Beth G. (a pseudonym) had eight miscarriages before she and her partner considered in vitro fertilization (IVF). The couple also discussed adoption but ultimately opted for a surrogate in India.

Beth and her partner visited Mumbai before signing on and felt that the gestational mothers in their agency were well cared for and decently compensated. But what did they really know about the practice of cross-border surrogacy?(2)

In order to help close the information gap that exists around cross-border surrogacy and commercial egg retrieval the MacArthur Foundation recently awarded Our Bodies Ourselves (OBOS) and the Center for Genetics and Society (CGS) a $200,000 two-year grant to support the collaborating organizations efforts to bring a human rights and social justice perspective to assisted reproductive technology (ART) and the rapidly growing industry it has spawned.

CGS, which works “to encourage responsible uses and effective societal governance of human genetic and reproductive technologies and other emerging technologies” will interview egg providers and update country level policies on egg retrieval and surrogacy. It will also expand its Fellowship program to update research findings while working with scholars to frame and report on their work through a social justice lens.

“Cross-border surrogacy raises thorny questions, especially for feminists,” says Marcy Darnovsky, Executive Director of CGS. “Some people look at women selling their eggs or reproductive capacity as an individual right within the context of wage labor. Others see these practices as deepening gender and class inequalities in a not-so-free market. We will bring sorely lacking empirical evidence to this debate from a human rights perspective.”(3)

Our Bodies Ourselves, in collaboration with key partners here and abroad, will develop a digital information resource for intended parents considering or already engaged in a cross-border surrogacy arrangement but unaware of the troubling conditions for the gestational mothers they hire. Their work will provide evidence-based information on the nature, safety, ethics and impact of cross-border surrogacy to counter the plethora of industry-sponsored information currently available.(4)

“Most of the information available in the mainstream fails to paint a complete picture,” says OBOS’s Ayesha Chatterjee. “With faceless images of pregnant bellies, the narratives of gestational mothers remain untold. Convenience, concierge-like services and various packages geared to attract intended parents in a competitive market are what is emphasized.”

The history of today’s market-driven ARTs begins long before most of us think. As early as 1785, artificial insemination was being practiced by a Scottish surgeon. In 1866 an Italian physician thought it might be possible for soldiers to freeze their sperm, ensuring a progeny should they be killed. And the first known birth by donor insemination occurred in 1884 in Philadelphia. But it took until the 1950s before the technique for preserving human sperm was perfected. Then came Louise Brown, the first test tube baby, born in England in 1978. That same year a baby born in Calcutta was said to be the world’s second IVF baby, although no scientific documentation exists to support this claim. In 1984 the Indian government established an IVF project in Mumbai and two years later the first documented IVF baby in India was born.(5) Now there are over 3,000 clinics cross India offering surrogacy services.(6)

Today, while both CSG and OBOS support ART as a reproductive choice they are deeply concerned by gaps in evidence-based knowledge to aid in comprehensive and well-informed decision-making within rapidly growing, mostly unregulated markets that position surrogacy as women helping women, a win-win for all.(7)

But what is the reality for women who become gestational mothers?

“Often gestational mothers live in communities where cultural beliefs and systemic institutional oppression/marginalization makes it hard for them to achieve financial independence and security. In India, for example, many gestational mothers are poor and have little social mobility. These factors create a power imbalance that makes it impossible for them to negotiate fair ‘work’ conditions within surrogacy arrangements,” say Chatterjee and Sally Whelan, co-authors of an OBOS concept paper on cross-border surrogacy. “It allows those in positions of power (recruiting agents, fertility clinics, etc.) to get away with a range of exploitive practices.”

These practices include a lack of “informed” consent since many women can’t read documents they are made to sign, minimal compensation and unfair payment schedules, isolation from family and restricted movement outside of surrogacy “residences,” constant monitoring, high risk medical procedures, and unnecessary C-sections to accommodate traveling parents. Post-partum medical care may be poor or lacking altogether and should problems occur there is no life or disability insurance.

Add to this the risks taken by egg providers when an intended parent’s egg is not used. “Egg providers must undergo an intensive and risky process using hormones that have multiple short and long term effects,” OBOS points out. “Similar to gestational mothers, many egg providers receive minimal and sub-standard information about the health risks and they are often provided with little to no follow up care.”(8)

In the U.S. the increased demand for egg donors has spawned alarming ads aimed at college students. One ad by the University of California/San Francisco read, “Chinese Donor – Urgent! Young Chinese Egg Donor Needed. Remuneration: $100,000.00 and Negotiable. Loving & Caring Chinese Family is looking for healthy, young (under 32), highly intelligent, Chinese egg donor.” Another offered “up to $50,000” for the privilege of helping “infertile couples experience the joy of parenthood.”(9)

There are also issues for the babies “commissioned” by intended parents. These children have a genetic link to egg providers, are birthed by gestational mothers, and handed over to intended parents. As policy struggles to catch up with technology myriad legal issues remain unresolved regarding their legal parent, immigration status, and best interests should custody disputes occur. (10)
Another problem occurs when intended parents are scammed. Recent reports have exposed Planet Hospital, a California-based medical tourism company that changed its surrogacy focus from India to Mexico when India imposed restrictions on gay couples, single parents and those married for less than two years. One couple reported sending Planet Hospital thousands of dollars but the company failed to deliver on its promises, or to return more than $20,000 they had spent in the process. In January, 2014 the company removed surrogacy from their list of medical tourism procedures and soon after claimed bankruptcy. They have continued to deny any wrongdoing.(11)

In its 2012 report “Birthing a Market: A Study on Commercial Surrogacy,” SAMA – Resource Group for Women and Health New Delhi, shed light on the current situation in India. Citing “an explosion of fertility services that promise a cure for the allegedly increasing rates of infertility,” SAMA says the Indian fertility industry, estimated to be worth more than 400 million U.S. dollars annually, is proliferating rapidly despite the absence of regulatory or monitoring mechanisms.

“Commercial surrogacy is often portrayed as a win-win situation,” the SAMA report notes. It is positioned as giving “desperate and infertile” parents a child while providing poor surrogate women with much needed income. But “in the face of growing globalization of capital and shrinking local avenues for jobs, women from marginalized communities find themselves more impoverished, powerless and vulnerable.”(12)

Feminists are among diverse voices weighing in on surrogacy and egg retrieval. Some question health and gender implications along with the effects on women’s lives, marriage and parenthood. Others think the “patriarchal ideology of motherhood” puts too much focus on biology while still others argue that the most significant issue is the need for more research to make all reproductive health technologies safer for women. But despite differences of opinion or emphasis there is consensus that more needs to be known about ARTs and their impact on the personal, social, political and economic lives of those that use reproductive services.(13)

The work enabled by the MacArthur Foundation grant provides an opportunity for OBOS and CGS to provide unbiased information in the face of lagging government oversight, media sensationalizing, and society’s continuing disinterest in assisted reproductive technologies, as well as the women on whose backs the industry continues to thrive. Their work will bring much needed information into the mainstream helping to pave the way for “a real win-win for everyone.”(14)

The author Elayne Clift is a writer, journalist, lecturer and activist in Saxtons River, Vt. USA. Her latest fiction book, Children of the Chalet, which received the Fiction Grand Prize in the Greyden Press 2014 competition is forthcoming. (www.elayneclift.com)