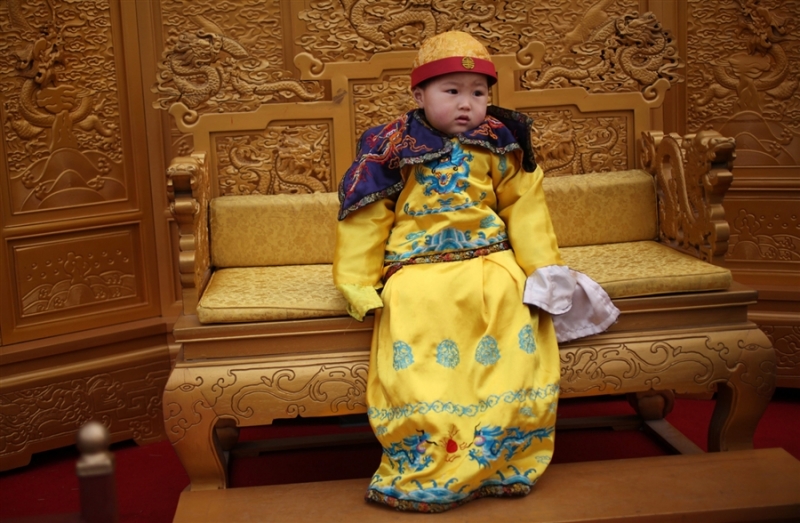 At the end of 2015 China announced the end of its One Child Family policy , established some 35 years ago.

The Communist leadership credits this policy with having prevented around 400 million births which would have hindered China’s incredible economic lift-off. Now families will be permitted to have twochildren, in recognition of the fact that the low fertility rate may drive the country to a demographic crisis which would necessarily also have a negative effect on the economy.

Other harmful effects of this policy– forced late-term abortion, forced sterilization, infanticide, sex selective abortion which has resulted in an estimated 20-30 million “surplus” men who will never find a wife, are also recognized by interested observers.

The big question is – Will this new policy have the desired effect? Many commentators think that two-career couples living in crowded urban conditions where bringing up one child is already very challenging may not be tempted to have more and perhaps the biggest effect at least in the short-term will be in rural areas. The effects of the gender imbalance caused by sex-selective abortion of girls and female infanticide can only be guessed at this point. Three child families (or more) and single-parenting are not envisaged at this time.

The attached brief article reviews a book published before the repeal of the One Child Family Policy which describes some of the effects of the on child family policy on the children themselves.

The author is an American journalist* who has lived and worked in Beijing for two periods since 2006. She has chosen to examine the question as to where is China heading “as it bulldozes its way to modernity” by interviewing and interacting with a number of people in Beijing who fall into the category of “youth”- youth being defined as people no longer dependent on their parents and not yet parents themselves.

Ms Steinfeld in a series of lively anecdotes which form the bulk of her book discusses with her chosen interlocutors their views on sex, love and relationships.

The people Ms.Steinfeld talks to have parents who lived through the Cultural Revolution and some even grandparents who remember the days of “foot binding”. Importantly they are the products of China’s One Child Family Policy (1978) and have therefore grown up without siblings but still feel the pressure of traditional cultural values which continue to emphasize their responsibility for maintaining family

The people interviewed are educated and relatively affluent and are therefore as she argues ‘central rather than peripheral’ to China’s future. The terms Little Emperors and Material Girls are terms used by the Chinese themselves to describe two dominant types of modern youth in this social and economic spectrum.

The book is divided into three sections; Love and Dating; Sex and Sexuality; China’s Now Generation. In the first section the author explores the concept of “the left-over woman” – a term, used to describe any single woman over the age of 27, which has been officially endorsed by the Chinese government since 2007 and in particular by the Chinese Women’s Federation, founded in 1949, and charged with protecting women’s rights and interests.

Young women are urged to see their priority as getting married and bearing children rather than as pursuing a successful independent career.
Currently China is facing a “demographic time-bomb” with a huge ageing population and a diminishing work force with many more boys than girls. The National Bureau of Statistics estimates that in the under 30 age-group there are at least 30 million more men than women. Single men who have not yet added to the family tree are known as “bare branches”.

Children who grow up without siblings are believed to have more difficulties in forming relationships later in life as well as being very spoiled by their families hence the appellations Little Emperor and Material Girl. One of the implications of this presumed lack of social and networking skills is the enhancement of traditional parental involvement in finding their child a partner through open air dating markets; as well as the young people’s dedication to dating online.

Today’s Chinese families and couples now indulge in the typically Western practice of hugely extravagant weddings which however are no indication of the durability of the relationship and infidelity is reported to be rife with a flourishing “mistress” culture which the government has tried to control by creating a data-base of all married couples in China!

In the second section of the book Ms Seinfeld unveils the surprising level of ignorance about the reproductive facts of life which combines toxically with promiscuity to give high rates of sexually transmitted diseases and abortions. There is also a high degree of public ignorance about homosexuality despite its having been decriminalized in 1997 and a tendency still to view it as a sickness, as well of course as an enemy to family continuity.

As a result of this situation many homosexuals, particularly male, lead a double life. And despite China’s long history of cross-dressing, and a celebrity proponent or two, “trans issues have rarely been confronted”.

Despite Chairman Mao’s pledge that women would hold up “half of the sky”popular debate on feminism and gender equality is relatively new and being expressed through fashion, music and new attitudes towards traditional expectations for relationships.

However women are still severely disadvantaged in the workplace, a fact associated with an increase in cosmetic surgery assumed to enhance career prospects, as well as “Lean In” circles on the model of Sheryl Sandberg’s best-selling book of the same name.

Ms. Steinfeld skilfully weaves lively accounts of her interactions with Beijing’s youth with references to government policy and pronouncements both current and in the recent past, as well as to more detailed sociological studies to produce a highly readable book which is much more than casual journalism though not yet quite a serious study of the phenomena under review.

*This article first appeared as a review in the New York Journal of Books see Little Emperors and Material Girls: Sex and Youth in Modern China by Jemimah Steinfeld published by I. B. Tauris (April 28, 2015) http://www.nyjournalofbooks.com/book-review/emperors