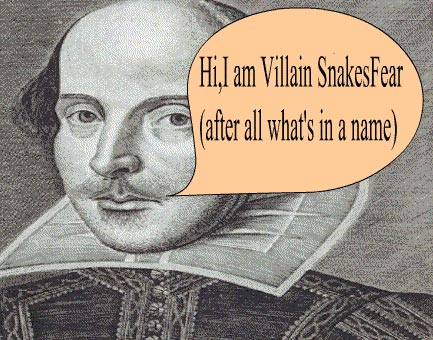 What does feminism’s new celebrity look like? Most obviously, it looks like Emma Watson and the queasily-named HeforShe campaign(2). Other celebrities -Beyoncé, Taylor Swift, and Karl Lagerfeld to take just three examples – have also publically espoused the cause…. with varying degrees of credibility and public acclaim (3).

There are seemingly hundreds of young feminist writers – famous, infamous and unknown- in this social media enhanced Fourth Wave (though they may have no truck with or even knowledge of the famous “waves” of feminism)(4).  They are usually outspoken about their sexual needs and experience, and often have a particular focus on women as victims of abuse and violence in its manifold forms. Other strong themes are economic injustice, freedom from the biological clock (surrogacy) and casting off the tyranny of the beauty myth to be a feminist and fat (5).

We are seeing in important ways a democratisation of the debate on feminism, with many of the new spokespersons being “lay” feminists, rather than “experts” who do this for a living. Expansion of the base, towards a critical mass, is of course devoutly to be wished; but at the same time we should ask whether every assertive or confessional statement made by a woman is ipso facto and equally a contribution to feminism (6).

Some contributions seem more self-referential than representative. (Is Taylor Swift’s removal of her back catalogue from Spotify a statement about gendered economic injustice or just good business?) But the novelty and impact for many young women of hearing one of their own generation speak out publically on women’s rights cannot be denied (7).
The new feminism also looks like Daniel Craig, as well as the (male) leaders of two of the UK’s major political parties in the Elle magazine T-shirt (8). Though particularly with respect to the politicians – whilst we should welcome everyone onto the hitherto rather empty feminist bandwagon… we need to see words now being translated into action. Anyone parsing the BBC coverage of Remembrance Sunday celebrations in Whitehall could be forgiven for thinking that the Her Majesty is one of the only women in the UK ,and of course she only inherited her function in the absence of a male sibling (9).
Whilst public feminism may still look superficially rather white and western there are growing numbers of vocal and honourable exceptions who may or may not overtly identify themselves as “feminists” but who are deeply involved with issues of gender inequality. Chimamanda Ngozie Adichie identifies herself wittily as “a happy feminist” (10) ; whilst Malala Yusoufzai doesn’t appear to mention the term at all(11).

And in every country and region there exist vigorous networks and machineries of people, who are not necessarily global celebrities, working for the cause (12).

Not all people – meaning primarily “women”… who work for gender equality … identify themselves as “feminists”. This is partly due to the still widespread (mis)perception that feminism is largely the domain of shrill and politically demonstrative white middle class women, concerned only with women’s situation , a position seen by many to polarize the sexes and genders still further. Presumably this thinking is behind Salma Hayek’s recent disavowal of feminism though her timing was rather clumsy (13).

Development cooperation agencies and national governments tend to advertise jobs for gender experts -not feminists – (though they do not seem to be expressly forbidden!) In the gender expert’s toolkit are the means to deconstruct the social (economic, political, ideological,cultural) forces which determine different and unequal but interdependent gender roles and statuses – hopefully to be resolved through development programmes.

Whilst some film stars and some gender experts shun the label “feminist” … feminists themselves are not always welcoming. The Trans-Exclusionary Radical Feminists (TERF) are the latest to insist that feminism is a very exclusive club which does not welcome recent recruits who have formerly been men (14). We need to pose the question as to whether the term “feminism” with all its baggage can really be applied to other gender discrimination issues or will we still be seeing continuing schism between different subsectors and interests… feminism, gender mainstreaming, LGBTI, men and masculinities; and even subsectors of violence – Violence Against Women(VAW),Violence Against Women and Girls(VAWG),Gender-Based Violence(GBV),Sexual and Gender-Based Violence (SGBV),Conflict-Related Sexual Violence (CRSV).This multiplication of acronyms often indicates competition for funding and discourages substantive collaboration.
Seasoned feminists have criticized recent contributors for appearing to think that they are the first on the scene ; this has been the case for Emma Watson, and Laura Bates, founder of the Everyday Sexism Project (15) .This is understandable but not very helpful; even casual scrutiny of the feminist first, second, third and now fourth or even fifth waves shows that this is not a clear evolutionary process with universal application whether one takes historical dates, content or objectives as the guiding principle underlying a wave(16). It may be useful from an academic perspective though not alwaysmuch use or used in the outside world. Which wave is Malala riding, for example?

Feminists or gender experts with longer experience need to avoid the appearance of being “more feminist than thou”; and those newer to the scene might benefit from seeing their own situation in a broader historical and geographical perspective, whilst still moving to their own particular drumbeats.

The new acceptability of feminism needs to be harnessed to change words into action… whether it is HeforShe or the famous T-shirt.

It would be nice to think that this new feminist firework show is the beginning of the end of an era when we worried about gender. Gender is after all just an idea…..constructed around actual or perceived biological makeup… a notion which is itself increasingly under fire. If gender is socially constructed than deconstruction should be a breeze, if everyone…or at least a critical mass… is on board. It should not be so difficult to throw off our self-imposed shackles if we can get beyond the sects and schisms.

But we need also to ask – is the term “feminism” amenable to being stretched to cover this broad and diverse waterfront or should we just start talking about gender equality…on the clear understanding that there are more than two genders. Do we currently have the vocabulary to address without discrimination all the discriminations based on gender or sex or sexual preference? Do we need another name for a larger and more variegated Rose?
Don’t say: A Rose by any other name would smell of Bacon (Francis)
Do say: we need a name for a bigger and more variegated Rose

1. The new interactive GC Forum coming next year will be addressing Feminism in more depth and detail.